Report: Unidirectional movement of small RNAs from shoots to roots in interspecific heterograf 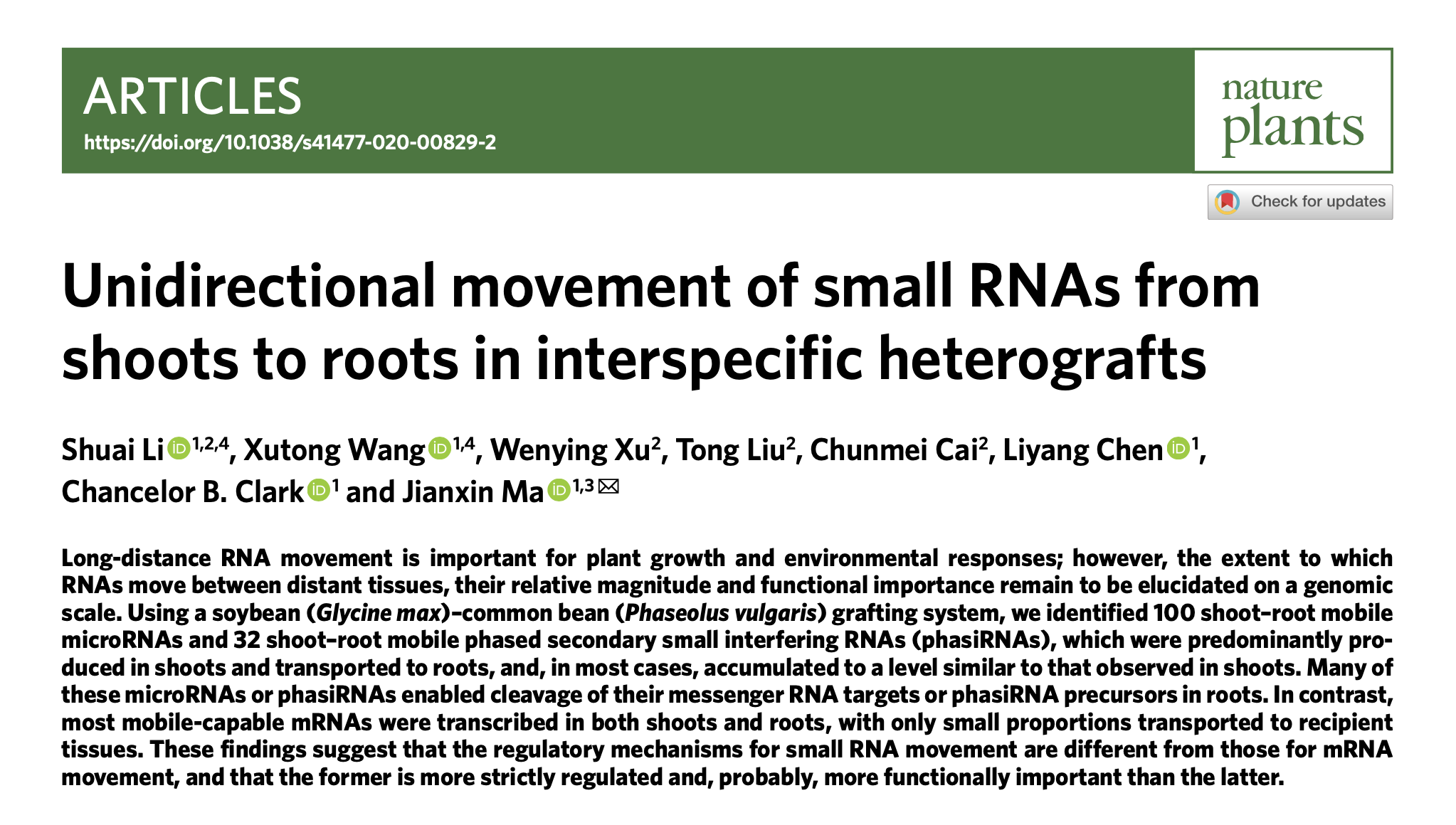 Long-distance RNA movement is important for plant growth and environmental responses; however, the extent to which RNAs move between distant tissues, their relative magnitude and functional importance remain to be elucidated on a genomic scale. Using a soybean (Glycine max)–common bean (Phaseolus vulgaris) grafting system, we identified 100 shoot–root mobile microRNAs and 32 shoot–root mobile phased secondary small interfering RNAs (phasiRNAs), which were predominantly pro- duced in shoots and transported to roots, and, in most cases, accumulated to a level similar to that observed in shoots. Many of these microRNAs or phasiRNAs enabled cleavage of their messenger RNA targets or phasiRNA precursors in roots. In contrast, most mobile-capable mRNAs were transcribed in both shoots and roots, with only small proportions transported to recipient tissues. These findings suggest that the regulatory mechanisms for small RNA movement are different from those for mRNA movement, and that the former is more strictly regulated and, probably, more functionally important than the latter.